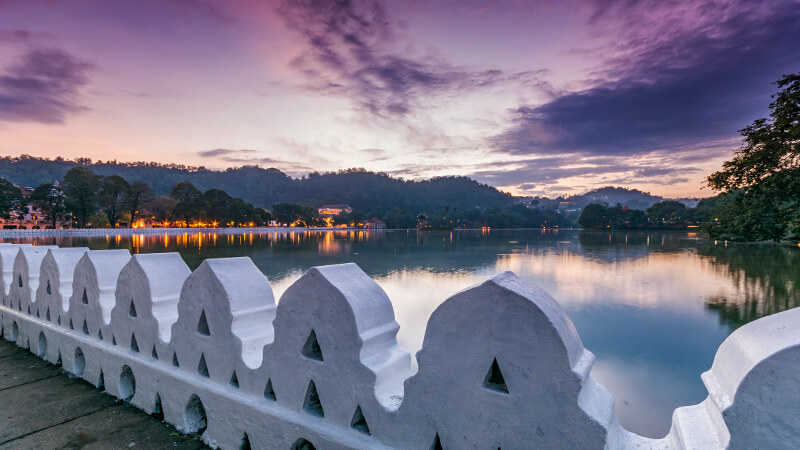 Step into the epitome of Sri Lankan heritage
Inside Kandyan

The historic city of Kandy carries with it a rich past. Kandy got its name from the Sinhala term “Kanda”, which translates to ‘mountain’, due to its geographical location.

As per historical records, Kandy was first established by King Wickramabahu and dates back to 1476. The Kingdom of Kandy was first operated as a semi-independent kingdom with the main reigning kingdom being the Kotte Kingdom. Still, the location of the Kandyan Kingdom was advantageous with a formidable natural fortress surrounding it. Later on, Kandy became independent and had many great rulers in the years that came by.

It was during the rule of Rajasinha II that the Portuguese first attempted to capture the kingdom. Thus, the battle of Gannoruwa took places as 900 Portuguese soldiers charged into with an army of 900 men only to face complete defeat with only 33 soldiers remaining alive. The son of King Rajasinha II was the youngest ruler of Kandy known as Vira Narendra Sinha of Kandy.

This was the last of the Sinhalese rulers in Kandy, next, the kingdom was taken over by a south Indian lineage called the Nayakkar dynasty. Kirti Sri Rajasinha is known to have revived Buddhism in Sri Lanka. He was guided by a monk named Weliwita Sri Saranankara Thero. With the help of the Dutch, this king managed to get down Bhikkus from Siam to help invigorate higher ordination of Buddhist monks on the island. King Kirti Sri Rajasinha saw to the construction of the inner Temple of the Tooth Relic in Kandy and the Raja Maha Viharaya as well.

The last king of Sri Lanka, Sri Vickrama Rajasinha, completed the construction of the Dalada Maligawa and also built the Kandy Lake you see today. This King was a stro9ng Buddhist and made many sacrifices to the Sacred Tooth Relic. He even donated more land to the temple. However, most of the ministers under him began to conspire against the king. This brought about the fall of the greatest kingdom of Sri Lanka once known as ‘Senkadagala’. The ministers continued to provide the British invaders with the information they wanted and signed the Kandyan Convention against the king and giving their vote for the British to take over. On the 14th of February 1815, the King was captured by the British and sent to Madurai as a convict. This is known to be the biggest conspiracy in the history of Ceylon.

After the seizure of Kandy by the British, the Kandyan people began to struggle. They made up their minds on fighting for their freedom and continued their brave battle to regain independence which played a significant part in gaining total freedom for the entire country in 1948.