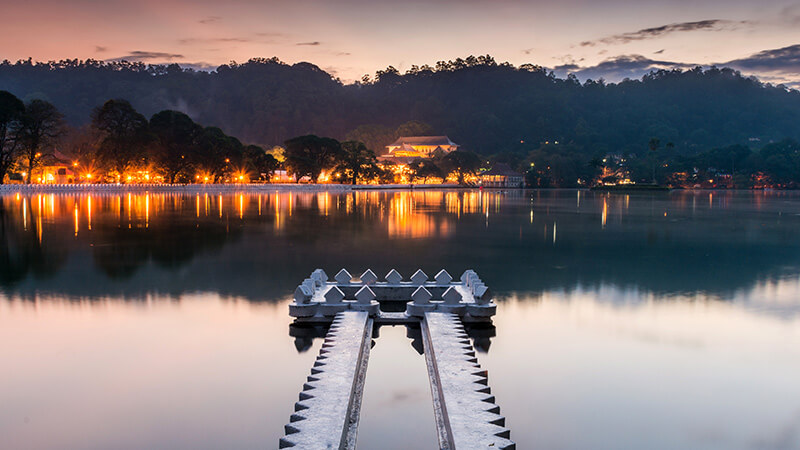 The ‘Sea of Milk’ or ‘Kiri Muhuda’ are the other names that this ever-popular Kandy Lake is known as. Sitting at the very heart of Kandy town, this glorious man-made lake, previously an expanse of paddy fields was built in the year 1807 by King Sri Wickrama Rajasinghe, right beside the Temple of the Sacred Tooth Relic.

You’ll spot an island at one section of the lake, and legend states that this particular island was used by the kings back in the days for relaxation and is also said to have had a secret tunnel connecting to the palace. Throughout the years, however, the lake is said to have decreased in size due to a number of different factors. The walls that surround the lake are known as the ’cloud wall’, standing at 2060 feet with triangular holes in between to light oil lamps.

Temple of the Sacred Tooth Relic

Visit the Temple of the Sacred Tooth Relic, a UNESCO World Heritage Site housed inside a palace complex.
View More