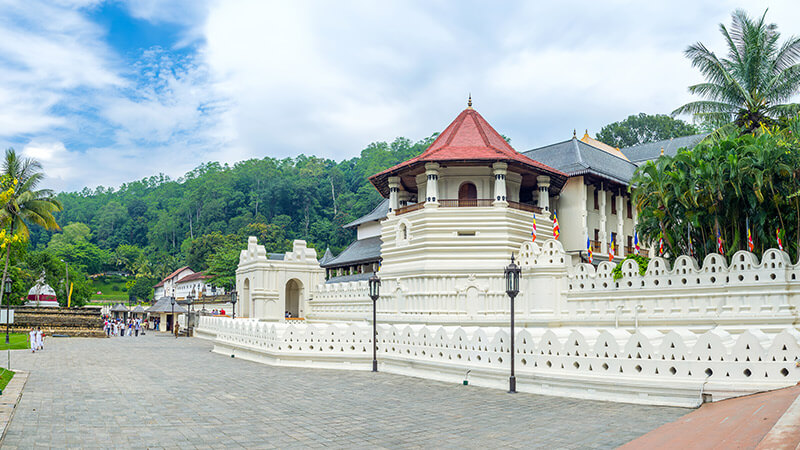 Temple of the Sacred Tooth Relic

Housed inside of a vast and intricately designed palace complex, the Temple of the Sacred Tooth Relic is the prime jewel that Kandy boasts. The famed Sri Dalada Maligawa attracts flocks of devotees and tourists to its three-century-old complex and the temple is a truly surreal experience of its own. If you’re looking for a lesson on history and want to learn about Buddhism and witness ancient Kandyan architecture in all its glory – the shrine overlooking the lake is the place to go to.

During ancient times, the tooth became a symbol of status among the kings and the symbolism of the sacred tooth relic remains powerful to this day. The temple was built in the early 1700s by King Vira Parakrama Narendra Singha. As per folklore, having been cremated after his death – the remains of Lord Buddha were distributed and his four canines were regarded as the holiest of all. The canine that was given to King Kalinga of East India is what now resides inside of the temple.

No trip to Kandy is complete without a stop at this UNESCO World Heritage Site.