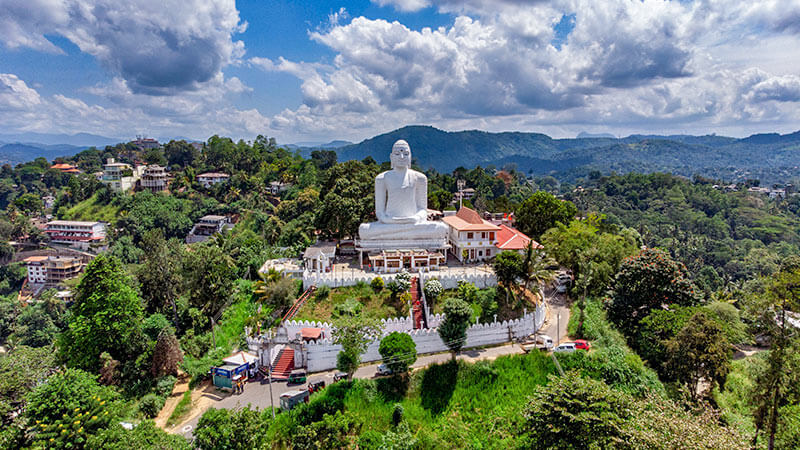 The scared city of chronicles
A Religious Monument

Roughly 2 kilometers from the city centre of Kandy lies a Theravada Buddhist temple called the Sri Maha Bodhi Viharaya, and also known as the Bahirawakanda Temple. The temple is famed for its giant white statue of Lord Buddha, standing at 88 feet, one of the tallest Buddha statues on the island. By climbing to the very top of the hill, you’re gifted with awe-inspiring and undisturbed views of the city of Kandy and the emerald mountain ranges that surround it. The hill of Bahirawakanda, which directly translates to ‘gnome mountain’ has several fascinating folklore attached to it.

The temple was built in the year 1972 and the construction of the statue was completed in 1992. The glistening statue with Lord Buddha in the position of Dhyana Mudra can be spotted from almost anywhere in Kandy, which has resulted in this temple becoming a favoured tourist destination, even to this day.

Built in 1344, this ancient monastery is a true historical marvel.
View More